My Answer to the Challenge

Okay, here's my answer to this challenge [link]. Anybody see any flaws in it? 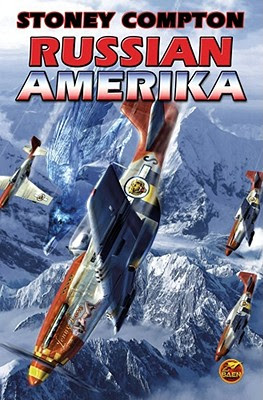 Russian Amerika is an alternate history with the premise that the American Civil War was lost by the Northern army, and the United States was divided into ten different countries. The story takes place in 1987, where the Russians under the Czar run a police state in Alaska.

The main character is a disgraced Russian officer Grigorievich forced to resign his commission due disobeying an order that saved his men. He leads the revolt with Native peoples in attempt throw of the yoke of the Russian Empire.

The book written with a nice easy to read style, or was it that I was just trying to get through the book at the quick step?. I find the premise of this alternate history  problematic. The characters are a bit one dimensional, and very predictable. The story is filled with a lot of action for fans of military based alternate histories. However, like the characters the action is predictable with predictable outcomes.

It isn't exactly clear with the point of divergence happened in the historical outline. The story hints at a Civil War won by the Confederacy at some point prior to 1860 causing the United States to lose vast areas of land west of the Mississippi. It hints at possible pod before the Civil War. Technology appears to stand still in the book from 1930's-1980's.

I wanted to like this book, but struggled to finish it with all the story line holes. There is a liberal leaning to the book with Mario Cuomo hinted to be the President of the United States, Jimmy Carter as a senior officer in the Confederacy with the First Nations (nation) being on good terms with the United States, but not with British Columbia. What happened to manifest destiny? Or go west young man? Ignoring the fact that native tribes weren't on good terms among themselves.

The book has some entertainment value. I would give it 2.5 stars on the five star scale.

Posted by Joe Glasgow at 1:01 PM No comments: