The Shiloh Project, by David Poyer 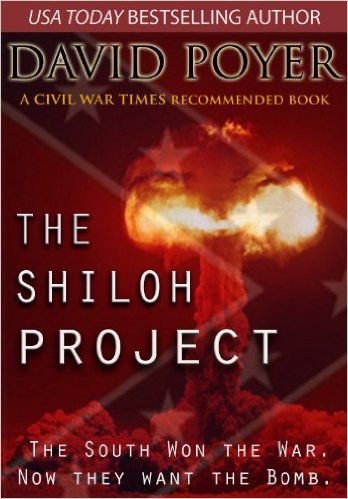 The two most popular POD's (points of departure) in alternate history fiction are the Axis winning WWII, and the South winning the Civil War. This is one of the latter, and it's an interesting twist on it. I couldn't detect exactly what the difference was that caused the Southern victory (those of you better acquainted with that period of history might find it), but it ended up with an independent Confederacy, which extended itself to the Pacific to include Arizona, evidently including New Mexico, and Southern California, in another war with the Union twenty years later.

The book is tantalizingly sparse in historical facts otherwise. All we know about the presidents of the two countries is that Lee seems to have followed Davis in the CSA, and McClelland, Lincoln, in the USA.  And there was a WWI, but the USA seems to have fought Japan without other countries becoming involved in the 1970's. Oh, and the CSA includes Cuba.

And the plot is a good one. It seems at first to be a condemnation of White treatment of Blacks in the CSA, and it is that, but it's a lot more nuanced than you'd think at first look. It involves the theft of a nuclear device from the USA by the CSA, and that should be enough to get you interested. You can get it from Amazon HERE.  And be careful not to buy another book of the same title by another author, also at Amazon. It might be a great book, but it's not this one.

And failing that, the book seems to pop up at used book stores a lot. I recommend it. Enjoy.
Posted by Baloo at 4:43 PM No comments: