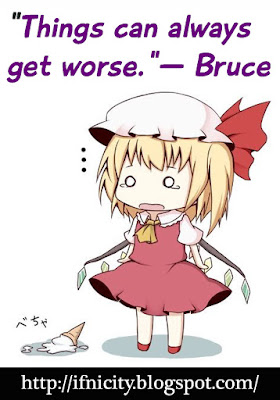 
One hundred years ago Tsar Nicholas II abdicated, ending 300 years of Romanov rule of Russia, and this so-called February Revolution presents one of the great what-ifs of history:

If this revolution — which actually took place in early March 1917 according to the West’s Gregorian calendar (Russia adopted that calendar only later) — had succeeded in producing a constitutional democracy in place of the czarist empire as its leaders hoped, the world would be a very different place.
If the leading figure in the provisional government, Aleksandr Kerensky, had seized on an opportunity presented by a now-forgotten vote in the German Reichstag, World War I might have been over before American troops reached Europe. In this alternative history, Lenin and Stalin would be obscure footnotes, and Hitler would never have been more than a failed painter.

What is surprising, to anyone who has absorbed the standard victor’s view — according to which the Allies were fighting a defensive war to liberate small states — is that Britain was disingenuous about its war aims, while France declined to state them at all. The reason is that those aims were too discreditable to avow openly. In a series of secret treaties, they agreed in the event of victory to carve up the empires of their defeated enemies.
From the Russian viewpoint, the big prize was the Turkish capital, Constantinople, now called Istanbul; this was promised to Russia in a secret agreement in 1915. The subsequent publication of this and other secret treaties by the Bolsheviks did much to discredit the Allied cause.
Kerensky could have repudiated the deals made by the czarist empire and announced his willingness to accept the Reichstag formula of peace without annexations or indemnities. Perhaps the German High Command would have ignored the offer and continued fighting (as it did when the Bolsheviks offered the same terms after the October Revolution at the end of 1917). But the circumstances were far more favorable in July than they were at the end of 1917. As the Kerensky offensive demonstrated, the Russian Army, while demoralized, was still an effective fighting force, and the front line was far closer to the territory of the Central Powers. Moreover, Kerensky commanded credibility with the Western Allies that he could have used to good effect.
Kerensky’s determination to continue the war was a disaster. Within a few months, the armed forces were in open revolt. Lenin, who was transported across Germany in a sealed train with the High Command’s acquiescence in the hope that he would help to knock Russia out of the war, seized the opportunity. The provisional government was overthrown by the Bolsheviks in the October Revolution. This Bolshevik Revolution consigned the February Revolution to historical oblivion.
After accepting a humiliating treaty imposed by the Germans, Russia was soon embroiled in a civil war more bloody and brutal than even World War I. By its end, the Bolshevik government, launched as a workers’ democracy, was effectively a dictatorship, enabling the ascendancy of a previously obscure Bolshevik, Joseph Stalin, who would become one of the great tyrants of history. On the other side, the German High Command’s rejection of peace similarly led to defeat, national humiliation and the emergence of the 20th century’s other great tyrant, Adolf Hitler.
We cannot tell whether a positive response from Kerensky to the Reichstag peace initiative would have achieved anything. But it is hard to imagine an outcome worse than the one that actually took place.

My reaction: I've often wondered about this myself — why Kerensky felt that his government should fulfill the agreements the Tsar had made. The argument above, that his régime might well have survived had he done otherwise, is compelling. I think it's a bit extreme to think that Russia would have ended up with a democratic system like those of Western Europe, but it could well have ended up with something approximating the German constitutional monarchy of the time. A mix of representative democracy and authoritarianism. The world would indeed be a different place. I can visualize WWII being confined to the Pacific conflict with Japan, if it happened at all.

On the other hand, if WWI had ended early, in this scenario, one or more of the participants might very well have decided to renew it when it seemed advantageous to do so. Britain and France might well have felt cheated of victory, and they might have decided to emulate Mussolini's system, and we could have had WWII a decade earlier.

Do feel free to discuss this in the comments.
----------
The graphic quote is from one of the commenters on Isegoria. The picture I found on the net.
Posted by Baloo at 8:01 AM No comments: